It’s been 3 years since he confessed hints of his infidelity over breakfast.

Initially, I blamed him.

I blamed his wandering eye.

I blamed his callous disregard.

I blamed his all-encompassing love for himself.

And initially, I blamed his adultery for the ultimate destruction of our marriage.

But now, years later, my heart has not only forgiven,

my heart has softened allowing my eyes to see things in a new light.

Now, I blame him less.

And instead, I blame our broken world more.

Matthew 5:28 tells us, “But I tell you that anyone who looks at a woman lustfully has already committed adultery with her in his heart.”

Anyone. Who. Looks. At. A. Woman. Lustfully.

Not anyone who flirts.

Not anyone who touches.

Not anyone who engages in anything.

Throw it in reverse.

Anyone who so even LOOKS at a woman lustfully has already committed adultery.

Friends, is it just me or have we totally been missing the mark here?

Is it just me or has the enemy gotten ahold of society, dangerously twisting the truth?

Society has us believing that in order to be considered adultery one has to sleep with another.

Society has us believing we should be able to tolerate or overlook such things because they have yet to fully “cross the line.”

But friends, who are we kidding?

Listening to those lies is not protecting us.

Listening to those lies is not shielding us from the pain.

In fact, listening to those lies is just opening the door for the enemy to easily enter and destroy.

So, when I take the time to really reflect on my past experience

my compassionate heart makes a decision to blame my former husband less.

While like each of us, he was and is responsible for his actions,

my compassionate heart makes a decision to extend grace.

I choose to extend grace and blame him less because I realize how difficult it must be to understand the importance of protecting your heart when you aren’t walking with the Lord.

I choose to extend grace and blame him less because I realize how difficult it must be to understand the importance of shielding your eyes from the images that infiltrate our daily lives when you don’t know they are harmful to your soul.

And I choose to extend grace and blame him less because I realize how difficult and overwhelming it must be to feel you have to do everything in your own strength when you aren’t aware that you could tap into the strength of the Almighty God.

So, while the adultery broke my heart and broke our marriage,

I choose to blame him less

and blame our broken world

View all posts by 648piecesofjessika

2 thoughts on “I choose to blame him less” 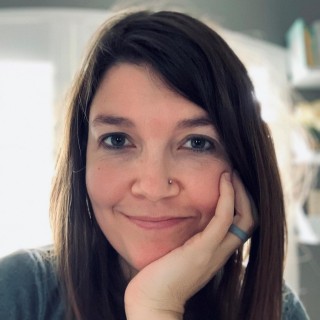